The Patience in HODLing 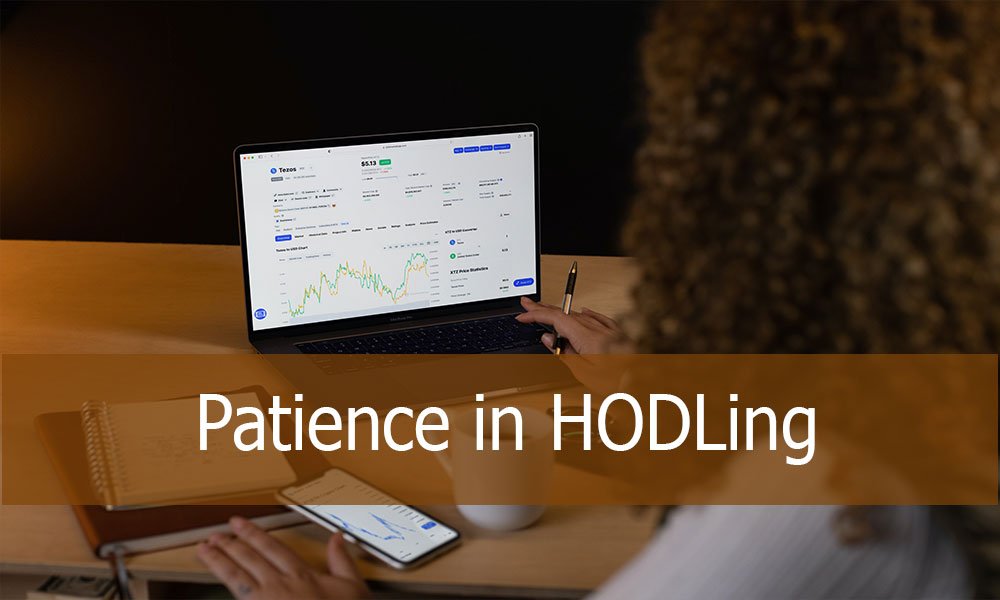 You may or may not have come across the term HODL. Hodl was technically a typographical error of the word “hold.” However, in the context of cryptocurrency, the term HODL has grown to be used in conversations as hodling. If you are curious about this misspelt word and its peculiar etymology then don’t stop scrolling just yet!

The Meaning of HODL

Who would have thought that the phrase “hold on for dear life” would be used in the context of cryptocurrency? HODL, short of “hold on for dear life,” is used in crypto lingo to denote the concept of “buy and hold” in investing. “When you hear the term “hodl stock”, it basically refers to strategies on buying and holding since such they are brought primarily to be held for some time despite market volatility. This is done in the assumption of the typically upward trend of the market. However, hodl can also refer to a type of cryptocurrency that is used with the Binance Smart Chain.

If you want to learn about Binance Smart Chain and other technical terminologies about cryptocurrency, then you can visit sites like Bitcoin Evolution, your very own guide through your exploration of the volatile crypto market before investing in it.

The Etymology of HODL

The term hodl is borrowed from a drunk post in a Bitcointalk forum by a trader with the pseudonym GameKyuubi who said that “I AM HODLING.” At that time, the value of Bitcoin drastically dropped. The user, however, remained persistent and explained in a string of misspellings that because he did not have the intuition of a good trader, he would rather hold. Verbatim, the anonymous user said, “In a zero-sum game such as this, traders can only take your money if you sell.” The explanation was so convincing that HODL became an overnight internet sensation. The most surprising of all is how hodl has officially been accepted as a term in digital investments.

To sum up the HODL strategy, trading should not be done based on short-term trends. Through hodl, beginners are encouraged to hold onto their money for some time before selling it. Due to the volatile nature of the cryptocurrency market, bitcoin prices could reach as much as 17 times higher than their original price. On unfortunate occasions, it could plummet to half the value of the peak price.

Hodlers, or users who hodl, can avoid two risky behaviors in crypto trading. First, they can avoid FOMO or the fear of missing out which typically pushes investors to buy high prices. Second, they can avoid FUD or the fear, uncertainty, and doubt in crypto trading which often results in a low or negative net profit. FUD is basically panic selling or what investors would call the opposite of HODLing, which is SODLing. These are common novice mistakes.

Furthermore, long-time traders and firm followers of cryptocurrency do not only practice HODL as a means to avoid the aforementioned mishaps. They do it almost as a form of philosophy. Often referred to as maximalists, these traders believe that cryptocurrency will soon replace traditional currencies. In turn, cryptocurrencies will then dominate the financial market. Physical assets no longer need to trade for the value of crypto coins as crypto coins will become the common currency.

Did this article leave you evermore curious about the different concepts in the crypto world? Then fret not for we have trustworthy resources to recommend to jumpstart your crypto career!