Statistics of NBA Players That Will Help You to Bet Better 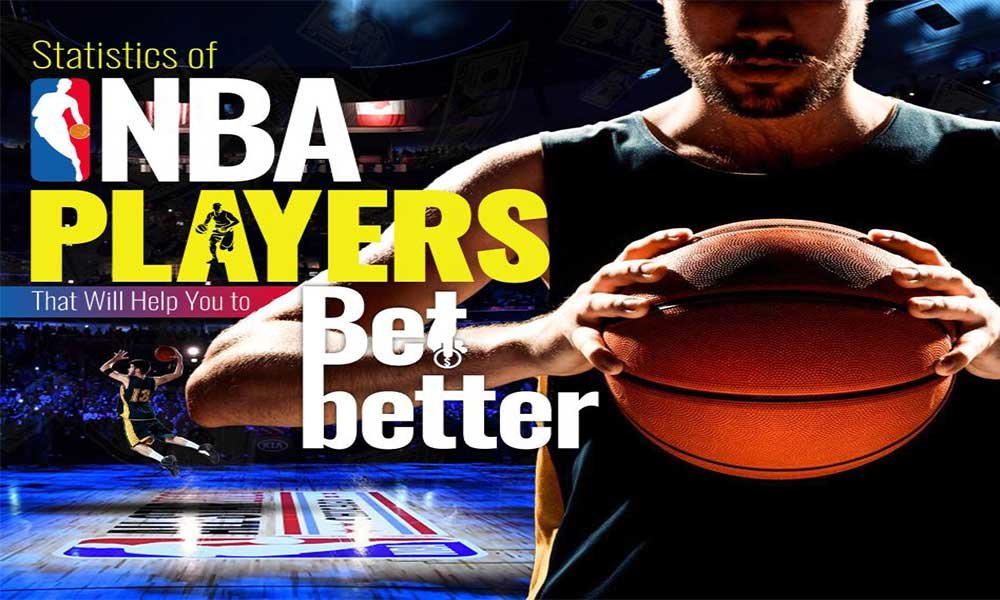 In the National Basketball Association (NBA), many players contribute to the overall success. Some players are more talented than others and can be easily identified as stars. Other players may not be as flashy but still play an essential role in their team. To bet on NBA games, it is crucial to understand the Full NBA Statistics of all players involved. Here is a look at some key statistics of NBA players that will help you better assess popular games outcome.

One of the most important NBA betting tips is to bet early. The earlier you bet, the more information you will have about the teams and players involved. This will allow you to make more informed decisions and increase your chances of winning bets.

This statistic considers the number of shots a player takes from different areas on the court. Look at this statistic because it can give you an idea of how efficient a player is with their shots. Players with a high adjusted shooting percentage are more likely to score more points and help their team win.

Rebounds are an important part of the game of basketball. Players who can grab more rebounds will often be able to help their team win more games. There are two different types of rebounds in the NBA: offensive and defensive.

Offensive rebounds occur when players grab a rebound after their team misses a shot. This gives their team another chance to score points. Defensive rebounds occur when a player grabs a rebound after the opposing team misses a shot. This prevents the other team from getting another opportunity to score points.

The average number of rebounds per minute (RPM) or the percentage of offensive rebounds (OREB%) are two statistics that can be used to measure a player’s rebounding ability. A higher RPM or OREB% usually indicates that a player is better at rebounding the basketball.

How Important Are Assists?

Assists are an important part of the game of basketball. One player passes the ball to another, who then scores a basket. Assists can be helpful when betting on NBA games because they can show how well a team can move the ball around. Teams with players who have high assist totals are often more successful than teams who do not have players with high assist totals. This is because assists indicate that the team can share the ball and create scoring opportunities for each other.

The home and road split shows how a team performs at home versus how they perform on the road. Teams will often play better at home than they do on the road. This is because they are more comfortable playing in their arena and have the support of their home crowd. When betting on NBA games, it is important to consider the home and road splits of the teams involved to make more informed decisions.

A scheduling advantage is when one team has a better schedule than the other team. This can be due to many factors, such as playing more home games or having more days of rest.

What Else Should You Consider for NBA Betting?

In addition to the statistics mentioned above, there are a few other things you should consider when betting on NBA games:

In regard to this, read also: Best Payment Methods for Betting in 2022

The Margin of Victory

The Pace of the Game

The pace of the game is the number of possessions per 48 minutes. A higher space means that there are more possessions and a lower rate means fewer possessions.

The Location of the Game

The location of the game can be important when betting on NBA games. This is because some teams play better at home than they do on the road.

So, what does this all mean for your bets? Well, it means you should be looking to place your money on teams with players in the best shape and a lot to prove. You should also avoid betting on teams with players who are coming off of an injury or have something to lose. By keeping these statistics in mind, you’ll give yourself a much better chance of winning more often than not.