Home » General » Is Hot Air Ballooning a Sport or Hobby?

Is Hot Air Ballooning a Sport or Hobby? 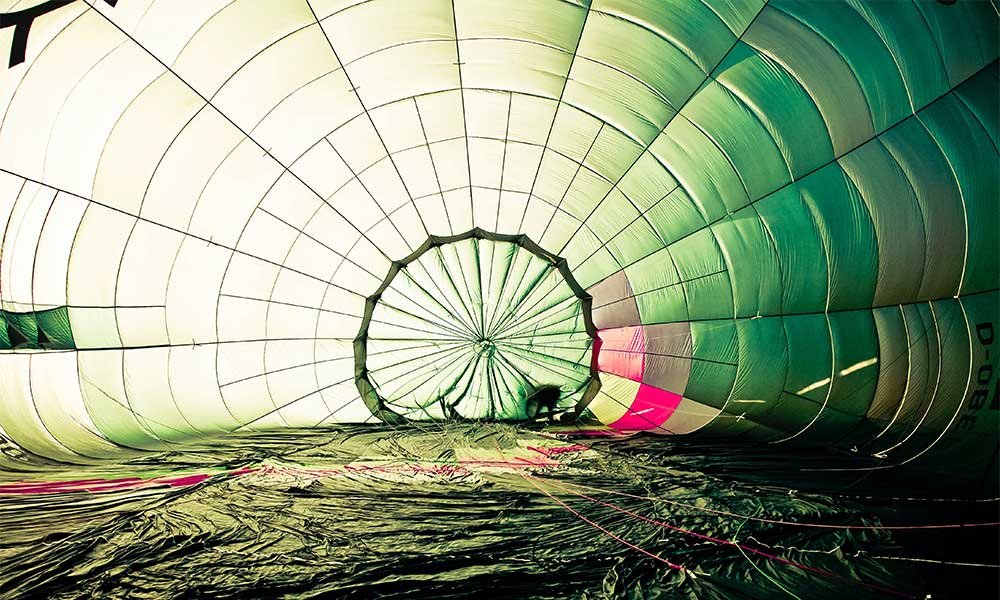 Thinking of taking up ballooning as a hobby? The feeling of freedom soaring with the birds is an astounding adventure waiting to happen. What if the ride is so exhilarating that the thought of making it more than hobby aches with every heartbeat? What if it was a sport done with other individuals who share the same feelings? Luckily, it is a hobby and a sky sport.

One of the simplest ways to begin the hobby of ballooning is to buy a balloon ride apart from booking an amateur m88 slot. Flights normally last about an hour but, plan on several hours for the whole experience. The pilot will sometimes allow the passengers to help with inflation and deflation of the balloon. Since the wind is normally calmer at dawn and at dusk it is a more ideal time for ballooning so, plan on waking up early.

Sometimes following a balloon to its landing spot will begin a journey of a lifetime providing the pilot is willing to take passengers at that time. Festivals and other special events sometimes offer balloon rides that have been grounded by ropes known as ‘tethering’. Although tethered, once the balloon leaves the ground it is considered to be flying.

According to the PBS website, Bertran Piccard of Switzerland and Brian Jones of Britain took on the challenge of flying non-stop around the world. On March 20, 1999, the two men accomplished the long trip making history. Nowadays, balloonists still have the desire to compete in a balloon race of some sort. With the ballooning sky sport continually growing, beginner and professional balloonists meet to compete in different types of races.

The Sky Sport of Ballooning

Before a race, the balloonist must decide if he can beat his opponent in a speed race or outdo a previous speed record, or maybe the longest distance sounds better. Speed seems like the most engaging but, accuracy is typically the main objective. During the competition, reading different wind directions at varying altitudes is important for each pilot to understand.

In competitions of accuracy, the purpose is to fly as close as possible to specific points called ‘targets’. Each pilot will have a numbered weighted marker for identification. When the ‘target’ is close enough the pilot will drop the marker trying to come as close to the target as possible. Distance from the ‘target’ will decide the pilot’s score. In some flights, there are five or more targets a pilot must drop markers at before landing. Other games and competitions are also available for instance: the Hare and Hound race.

There are many balloon ride companies to choose from if it is more of hobby interest. Some companies offer gift certificates year-round. Check the Better Business Bureau for ratings before selecting a company and taking flight.

As soon as the fleet of hot air balloons was seen from Dover, it would be too late. The armada of buoyant red, blue, and gold silk carrying French soldiers would soar over the Channel, leading an invasion of England. This 1803 proposal inspired by the successful use of balloons for reconnaissance was brought before Napoleon during the Napoleonic Wars. But along with his other plans for an invasion, they were never realized.

Skepticism about the use of these vehicles is understandable. They only go as fast as the wind blows, are difficult to steer, and are extremely vulnerable targets. As General Duquesnoy of Napoleon’s army said, “Whoever heard of balloons in war?”

In fact, balloons and other non-technological aircraft have a long history in warfare. At the turn of the 3rd century, balloons had been used for reconnaissance by the Chinese-who also used kites in war. Kongming lanterns, as they were called, were made with rice paper over a bamboo frame.

Reconnaissance balloons were used during the American Civil War (1861-1865), the Second Boer War (1899-1902). Abraham Lincoln had his own Union Army Balloon Corps. The Confederates also made use of balloons until they ran out of resources to make them. Other countries that experimented with balloons in battle were Russia, Austria, and Germany, which organized a Balloon Corps in 1884.

The 1899 Hague Peace Conference banned “the discharge of any…explosive from balloons,” but it didn’t stop the Italians in Tripoli (1911-1912) or the Japanese against Russian forces in Manchuria (1904-1905).

Even in one of the bloodiest battles in history, the Battle of the Somme (1916), fought in the summer and autumn of 1916, Britain’s Royal Flying Corps (RFC) used observation balloons to identify targets. Months later, they lost the advantage with the introduction of new German aircraft.

In addition to surveillance, balloons of every kind have been used to transport propaganda. In 1807, Denmark used balloons to drop leaflets over Sweden, hoping to incite Swedes to revolt against their government.

In World War I, Germany used hot-air balloons to send pamphlets into France blaming Russia and England for starting the war. The British returned the favor in World War II by sending balloons carrying propaganda into Germany.

Messages from On High

The airborne observers, or aeronauts, would send information to the ground troops using flag signals, or semaphore, or from lower heights, dropping messages in small bags weighted with sand. From heights of 500 to 3,000 feet, they were able to direct artillery fire and contribute to victory.

At first, reconnaissance balloons were made of fabrics such as silk and filled with hydrogen gas. Many a balloon went up in flames, the observers forced to evacuate by parachute. After World War I, they were filled with non-flammable helium.

Some were free-flying, but more often than not, they were tethered to the ground by a steel cable and retrieved at the end of a mission. Tethers allowed observers to slide down, and later, telegraph wires to be attached, thereby improving air-to-ground communications.

At no time has the unreliability of hot-air balloons to deploy arms been more evident than in 1848 when Venice tried to break away from Austrian rule. The Austrians blockaded the city and put together small balloons that carried an explosive device. At the opportune moment, the bomb would explode on Venetian targets.

A preliminary round of balloons sent on July 12, 1849, failed because of uncooperative winds. A second attempt fared no better. Many of the 2,000 balloons launched exploded in the air or dropped into the sea. A number of them even blew over the Austrian forces and exploded to the sound of Venetians applauding.

Even with the introduction of advanced aeronautics and communications in the 20th century, balloons continued to be used in battle. Many things have changed in the last two and a half centuries, but not balloons.

Today, hot-air balloons are mostly used for sports and recreation. Balloon festivals taking place around the world all through the year, drawing the public to the spectacle of airborne color. They are still a grandiose way of celebrating. Napoleon may not have appreciated their military applications, but he did like them for making a statement. For his coronation, he commissioned a huge hot-air balloon ablaze with a crown of 3,000 lights.

Also Read- What are Smellables for Hiking in Bear Company?