General / What are Smellables for Hiking in Bear Country

What are Smellables for Hiking in Bear Country 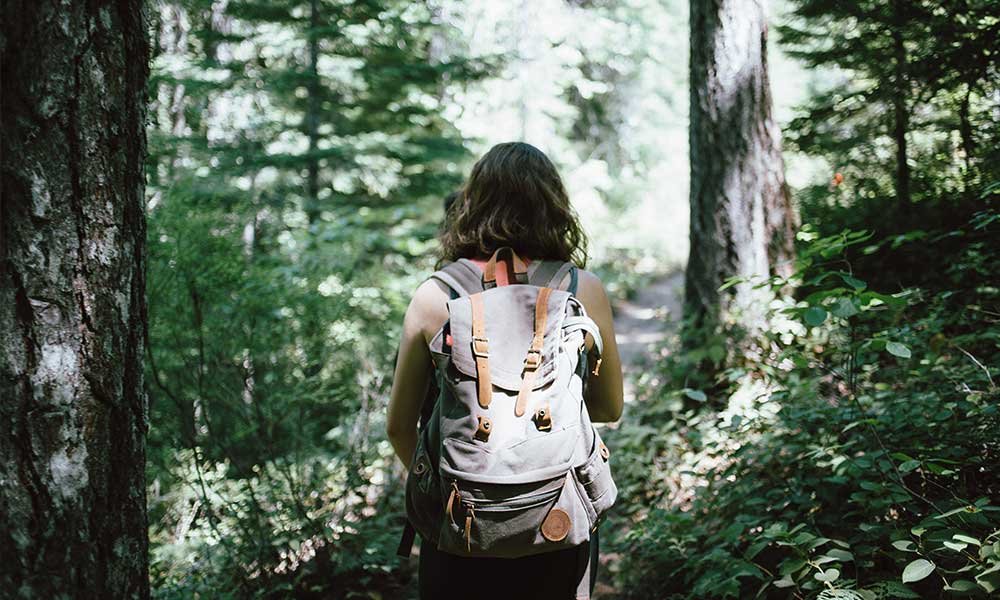 When traveling in areas that have bears, hikers and campers need to know what is smellable in their backpacks. These items have a scent that could attract a bear, and if not stored correctly could lure a bear into a campsite.

Food as a Smellable in Bear Country

Backpacking food is definitely a smellable that can attract bears. Whether the food was bought off the shelf at the local market or is specialized trail meals, it all has a smell. If a bear eats human food, it will more likely want to have more of it and be less likely to eat food from its natural sources. It is just like the paroli system in gaming. Food can include not only meals, but also condiments, snacks, drinks, candy, gum, and any other foodstuffs.

Trash as a Smellable in Bear Country

Just as food is a strong smellable, so is the trash that food is packaged in. Wrappers can have a residual smell from the food that it was wrapped in. Drink bottles, such as the ones that hold sports drinks, also have a strong odor when empty. Make sure to pack out all garbage at the end of the trip. If there’s extra trash lying around from other campers, pack it out as well.

Screens and Creams as Smellables in Bear Country

Another potent kind of smellable is screens and creams, such as sunscreen. Even if the product says that it is scent-free, it can still have a strong enough smell to attract a bear. These items include:

When applying creams, try to use them in the morning and avoid using creams in the afternoon and evening. By wearing the cream or repellant during the day, it will sweat out of the skin by the evening, and be less potent. Consider washing the face, arms, and legs with water as well to get the creams off the skin.

Clothing as a Smellable in Bear Country

A hiker’s own clothing can possibly be smellable as well. A large amount of food or sauce spilled on a shirt can make that shirt smellable. Also, if one is cooking dinner, the odor from the meal being cooked over the backpacking stove could penetrate the clothing, and be a bear attractant.

Being aware of what is a smellable can help hikers and campers avoid attracting a bear into camp. When in doubt as to whether an item is a smellable, lean towards the conservative side and take the steps to protect these items from bears, such as hanging the item in a bear bag or store in a bear-proof container.

For anyone who has ever seen a black bear in the wild for the first time, the experience can be awe-inspiring as well as a bit unnerving. And this is understandable given the size and sometimes fierce appearance of these animals. According to Roberta Goli in her article North American Black Bear Facts – Ursus americanus a typical adult black bear can stand in height from just over 4 feet up to 6 feet and can weigh anywhere from 220 pounds up to 594 pounds!

Black bears are beautiful and graceful to watch. They are the climber and fast and can climb a tree seemingly without any effort whatever. There are countless toys and cartoons made in the image of bears; indeed, the childhood “Teddy Bear” has been hugged and loved by generations of children.

As beautiful as wild black bears are, however, they are still wild. And they should remain that way. Their human neighbors’ role in keeping a healthy distance between them is an important one. Black bears are not pets.

Unfortunately, many humans have a difficult time encouraging black bears to remain wild. One of the easiest ways to keep black bears wild is to avoid feeding them, and to keep “human food” well-sealed and out of reach of bears.

Yet, despite the repeated public announcements made by organizations such as various Fish and Game Departments throughout the US, or South West Be Bear Aware which warn people to not feed wild bears, some people continue to do so.

A Fed Bear is a Dead Bear

One popular educational campaign by the NH Fish and Game Department as well as Fish and Game in many other states is the oft-repeated, “A fed bear is a dead bear.” It is clear why this is true. In a story reported by the Berlin Daily Sun, a northern NH newspaper, a yearling bear had entered and rummaged through more than one kitchen in the town of Randolph, NH, looking for food.

This was clearly a bear who was not used to finding its own food in the forest. The story does not have a pleasant ending, as officials shot the bear.

Therefore, people must avoid feeding bears, and according to the NH Fish and Game Department, it has been illegal to intentionally feed bears since 2006. Individuals should take precautions to keep meat and non-vegetable food scraps out of compost piles, and to use bear-proof dumpsters.

It is wise to clean and store outdoor grills where bears cannot get to them and keep trash in a garage or other closed building that is inaccessible to bears. Trash should stay in a protected area until the morning of trash pickup.

A Few Other Bear Safety Tips

Watching wildlife from a safe distance can be enjoyable and educational. Distance, coupled with these safety precautions will also help ensure that black bears have the life in the wild that nature intended for them.

Also Read- Is Hot Air Ballooning a Sport or Hobby?