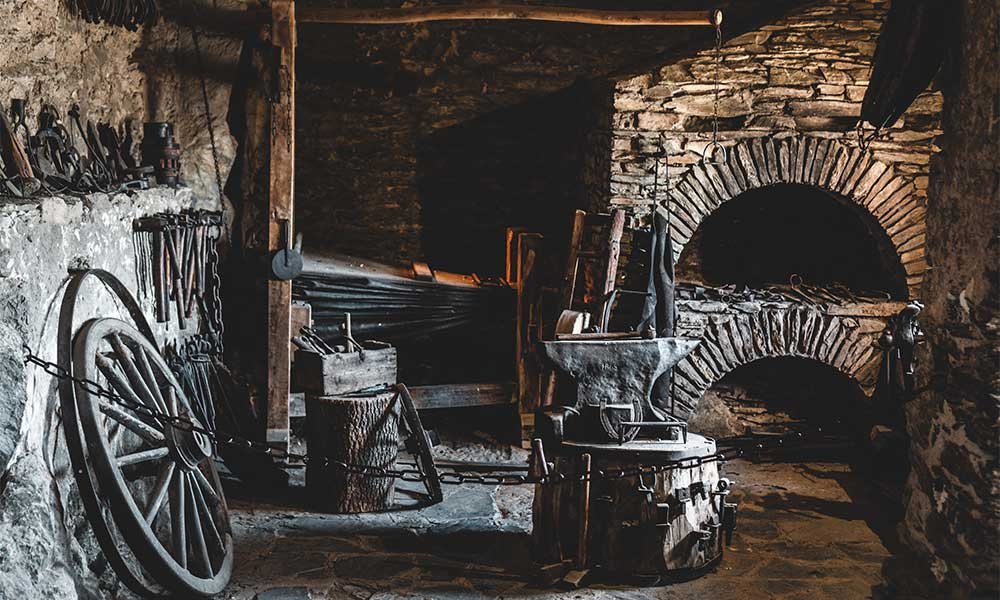 The new Giants’ Foundry Smithing minigame could bring a lot of change to OSRS.

The Smithing skill in OSRS is a skill that is in dire need of an update. With a few exceptions like cannonballs, bars, or ammunition, Smithing does not bring much to the game. It is a skill many trains for completing quests or achievement diaries, not for being able to access a higher level of content within the skill. If you want to, you can earn a decent amount of OSRS GP while semi-AFKing cannonballs, but training Smithing like this is not the way to go as the XP rates are super low. If you spend the right amount of OSRS gold, you can train Smithing at the Blast Furnace with great XP rates, but to what end…? Higher-level Smithing does not unlock anything helpful except the diaries and quests. Even as an Ironman, you do not need a high-level Smithing, as most of the stuff you could create through Smithing is obtainable from monster drops.

The Giants’ Foundry is a concept meant to update the Smithing skill. Briefly speaking, the Giants’ Foundry is a minigame locked behind a quest. This Smithing minigame will help you save up on your OSRS GP as you’ll use a significantly smaller amount of resources for the same amount of XP, at the cost of being click intensive and interactive. But do we want to be able to save OSRS gold when training Smithing, or are there other issues that we’d instead have addressed? Regardless of how you feel about the Giants’ Foundry, keep in mind that it is currently at the concept stage. What this means is that Jagex is open to feedback. You can fill in their survey to give your feedback or use the Reddit thread they created for this.

The proposed requirements for the Giants’ Foundry minigame are 15 Smithing and the completion of a short quest: The Sleeping Giants Quest. Like GOTR, the quest will teach you the hows and whats of the minigame. Keep in mind that these are the proposed concepts and requirements and that by the time it finally reaches the live stage, many changes are still possible.

The concept of the Giants’ Foundry gameplay is pretty straightforward and can be broken down into the following steps:

Get the Commission from Kovac

This is similar to getting a slayer task from a slayer master, a farming contract from Guildmaster Jane, or a Mahogany Homes minigame contract. Kovac will assign you a giant sword. The commission will be described in two words representing qualities this sword needs to have. Examples that can be seen in the Jagex post are heavy/light, broad/narrow, and pointy/flat. We currently don’t know whether all the options are dual or if there’s something more complex.

Choosing and Setting the Mould

The second step is choosing the mold or molds for the sword. Because this is a sword that fits the sizes of a giant, you will need three different molds to smith it, one for the forte, blade, and tip of the sword. You’ll have to keep in mind the two descriptive words you were given when getting the commission from Kovac.

Melting the Metal for the Giant’s Sword

This step is done at a crucible that can hold up to 20 bars, the exact amount needed to create the sword. You can add bars or recycle metal OSRS items, losing some bars used to create them initially. Interestingly, Jagex purposely didn’t give more information but used it as a teaser of the possibility of combining multiple metal types to obtain alloys, which should create superior swords. The metal you choose is restricted by your Smithing level and will affect the difficulty of making that sword.

Here is where the process resembles making a sword in real life better than any other piece of Smithing OSRS content. You will have to use a waterfall and a lava pool to adjust the temperature of the sword after you take it out of the mold. At the same time, you will need to use a trip hammer, a grindstone, and a polishing wheel to forge and polish an excellent giant sword. This will be click-intensive. You will also be penalized for not using the right tool at the right temperature, decreasing the sword’s quality. The higher the quality of the sword, the better rewards and the more XP you’ll be given. Also, let’s keep in mind that Jagex is currently pushing for the possibility of entirely losing the materials.

Jagex has not yet released any numbers in terms of experience rate but did state that they intend for this minigame to sit between Smithing cannonballs and training at the Blast furnace XP-wise. The emphasis is also on it being a rewarding content starting at lower levels (15 Smithing). A big perk of training Smithing with the Giants’ Foundry minigame saves up to 85 percent of the resources you would have used through other training methods, which equals spending less OSRS GP. You can claim other rewards from Kovac’s Rewards Shop. They include ore packs, Smithing catalyst (a replacement for coal that also gives more XP), some cosmetic OSRS items, a +4 Smithing boost, more molds for this specific minigame, and the Eight-Cannonball Mould. The controversy stems from the fact that you’ll be able to make more cannonballs in the same amount of time, thus lowering the amount of OSRS gold you can make from Smithing them.

Also Read: Most Popular Video Games in the US