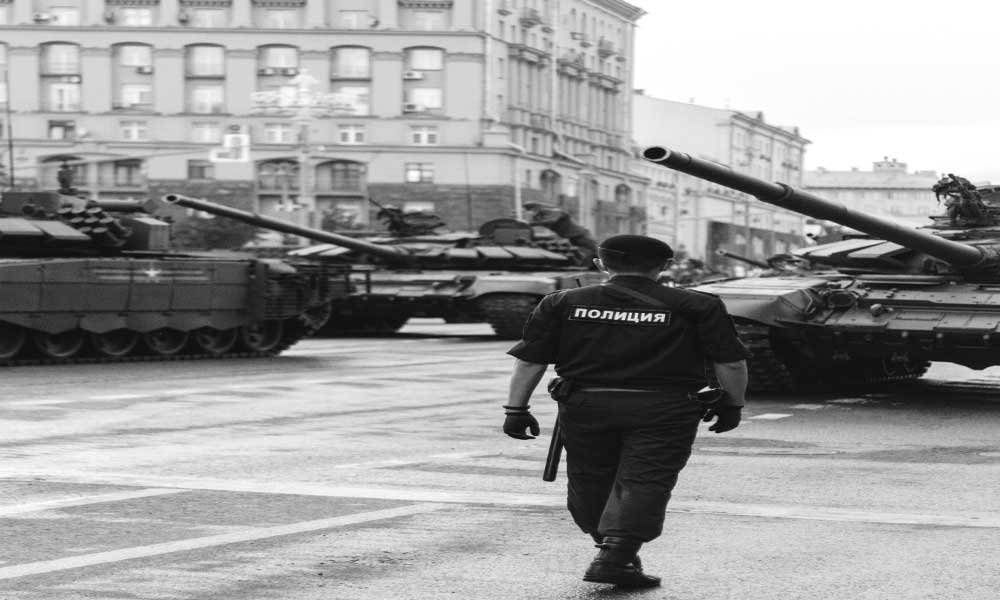 Since its inception, the Department of Defense (DoD)’s JADC2 concept has divided opinion in and around the military network. No doubt about it, there are some tough barriers in the way of its implementation, but that doesn’t make the concept completely unfeasible. A little bit of research tells me there are ways to work around all of the obvious issues the DoD currently faces when it comes to making JADC2 a reality, but there is a distinct lack of conversation surrounding the problems and their potential solutions online right now. So, in true “bringing the information to the people” style, I have pulled together a list of the main concerns that surround the concept and the potential solutions that may just make them go away…

Joint All-Domain Command and Control (JADC2) is a concept developed by the DoD to connect sensors, weapon systems, data centers, and users from all of the military services—Air Force, Army, Marine Corps, Navy, and Space Force—into a single network. It would form an internet of things (IoT) specifically for the military.

The potential benefits of JADC2 are huge. It would make military data more accessible, easy to interpret and would enable autonomous data processing – allowing for huge improvements in efficiency across the military network. With little need for humans ‘on the ground’, JADC2 would create a digitally-managed battlefield. Autonomous vehicles and weapons would be controlled remotely through the cloud and would be primarily managed by artificial intelligence, with minimal input from humans other than at the very top level. This would not only make warfare more efficient, but it could also save countless front-line lives in the process.

What is the Problem?

It might sound like a dream, but the reality is that there are some seriously big roadblocks en route to making JADC2 a reality. Thus, the concept is not without its nay-sayers.

Many of those who doubt the practicality and safety of the JADC2 concept are existing military personnel. For example, Chris Dougherty, a senior fellow in the Defense Program at the Center for a New American Security, explained his feelings about the concept: “It’s a great idea but in practice, once you get out into the field, and once you meet with an adversary that’s got sophisticated cyberspace, counter space, and electromagnetic spectrum [EMS] warfare capabilities, it’s going to be a lot more difficult to do.”

Digging a little deeper, there are three main issues with the JADC2 concept. These are:

At the moment, data ownership within military networks is incredibly rigid. This is, as you might imagine, an incredibly important part of maintaining the highest possible level of security. However, by its very nature, the JADC2 concept would rely on a more ‘decentralized’ approach to data ownership. This would mean that the data within the network would not be ‘owned’ by a specific device or organization. Whilst this makes data much easier to share and analyze, it also makes it much more vulnerable to attack.

The role of security in the current data-sharing processes within military networks is incredibly important for several reasons – primarily because the kind of information shared on this network would be genuinely devastating in the wrong hands. As it stands, the rules and processes around data sharing amongst different military networks vary enormously. Each organization has its own set of rules, paradigms, and roles. However, for JADC2 to work, these would need to be standardized across all DoD organizations. To make this possible, some pretty big changes would need to be made to the inner workings of each organization and some redundancies may have to be made. Changing processes for one organization is never easy, let alone changing the processes of several organizations simultaneously to ensure they match one another…

Embracing Open Architecture and the Cloud.

Open architecture (OA) has for a long time been considered to be a threat to our security. OA networks must be shared or made public which makes them vulnerable to attack because their inner workings can be quickly understood and exploited. In addition, as long as a component matches the network interface specification, it can be used in the system. These components are sometimes referred to as “black boxes” because it is not possible to view their source code. But because each black box is completely opaque, any existing vulnerabilities in these boxes may be introduced into the system alongside them, making a hack far too easy. What’s more, the infrastructures that exist within the DoD and each military organization right now are not built in a way that would make it easy to transfer to the cloud. So the infrastructure for each organization within the wider network would need to be redesigned and/or reconfigured before it could be integrated.

Also, Read This: Benefits of Cloud Computing for Small Business

Each of these three issues is in some way considered a risk to cyber security. This is a huge roadblock because, at this level, cybersecurity is undeniably important. Without it, the lives of literally the entire US population are at risk. Think about what would happen if the JADC2 system was blown open by a data leak or hack, or even a Distributed Denial of Service (DDOS) attack… When it comes to life-or-death situations, this is about as serious as it gets.

So, How Can We Solve These Problems?

It’s pretty simple really. If JADC2 is to become a reality, the DoD would need a cyber security solution that is strong, future-proof, and scalable. It would need to be able to cover open architecture, cloud-based sharing, and decentralized data ownership. Until fairly recently, this kind of solution didn’t exist.

But now it does!

A UK-based organization known as Arqit has developed a product they call QuantumCloud™. This product once downloaded to all devices on a network, can create a limitless number of special ‘keys’ (like passwords) to secure data shared from one device to another. This would include all weapons systems, vehicles, and control devices involved in JADC2. Each key is completely unique, making it impossible for even the most complex technology to predict. Even quantum technology isn’t capable of breaking this type of encryption, so this is a solution that could last the DoD well into the future. In addition, thanks to the ‘limitless’ aspect, Arqit’s solution would be capable of providing complete security even at the enormous scale that JADC2 requires.

In short, this product could literally wipe away all the concerns I have just spent this entire blog explaining to you.

But don’t just take my word for it. Check out what the DoD and its military network are already up to. Blue Bear Systems recently announced a partnership with Arqit to test QuantumCloud™ on their military-grade autonomous and unmanned systems. Meanwhile, Arqit has recently announced a very interesting addition to their board of directors. Retired USAF veteran David “Kumo” Kumashiro will not only provide a link to the US government and military networks, but he also happens to be one of the genius minds behind the JADC2 project… handy, right?

It is safe to say it is only a matter of time before Arqit and the DoD get a little closer. If they don’t, they’re missing a trick… one that could cost them (and our world, if a cyberwar was to break out) dearly.