Home » General » What are the 3 Main Stages of Video Production?

What are the 3 Main Stages of Video Production? 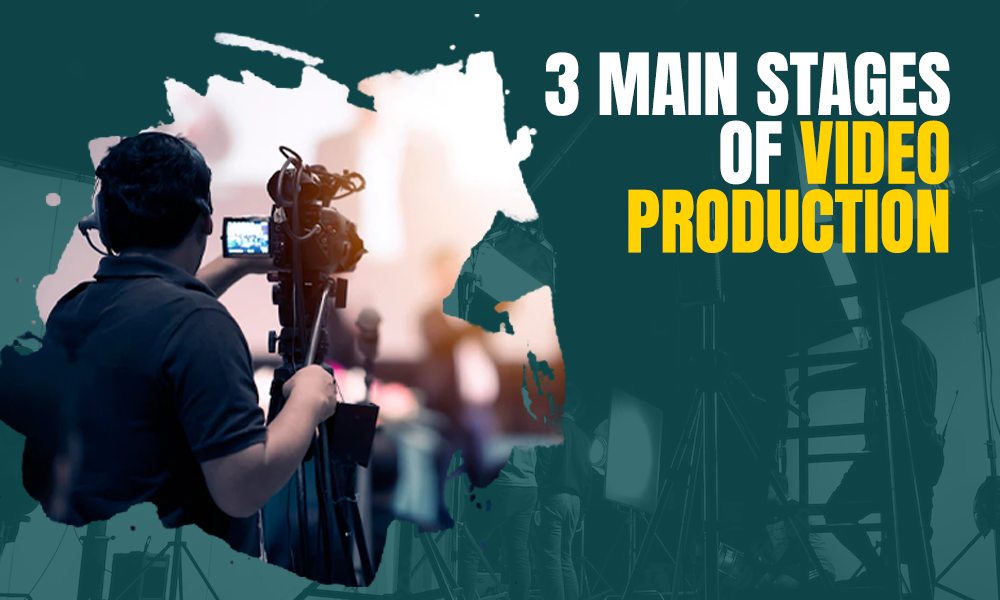 Video production done the right way is characterized by a series of sequential steps followed in the same order every single time with few exceptions. Make the commitment to see each step of the video production process all the way through until the end and you’ll be pleased with the final result.

The three main video production steps are detailed below. However, most business owners and managers find it challenging to record, edit and perfect video content on their own for a number of reasons. If you own, manage or market on behalf of any organization and are considering airing an ad on CTV or another platform, it is in your interest to consider the merits of outsourcing video production to the industry’s experienced professionals.

The pre-production step of the overarching video production process is also an opportunity to develop a strategy that guides the project as a whole. Define the aim of the video content, strategize ways to reinforce the message, and plan the shoot from a macro point of view and you’ll seamlessly transition to the production stage.

Don’t forget to include budgetary concerns within the initial pre-production stage. Write out a detailed budget for the video production process, adhere to the constraints of that budget during the actual production steps as well as the airing of the video content and you’ll maximize the return on your investment.

Production is the stage when the action occurs. This is your opportunity to bring to life the video you’ve envisioned in your mind’s eye when strategizing the presentation of your message and value offering. The challenge lies in executing production to perfection. You’ll need the right set, the optimal video recording, and production equipment, fully committed actors, a storyboard, lighting, a script, etc.

Reserve the recording space for longer than you assume will be necessary, assuming the recording session will last longer than originally anticipated. Record multiple takes of each scene, edit that content as appropriate after the production process is complete and you’ll likely be pleased with the end result, especially after some precise editing as detailed below.

The key takeaway from the video production step is to maximize the amount of raw footage filmed during the recording session so you have a bevy of options to choose from when the opportunity arises to edit the content. Ideally, the video recorded during the session will be immediately uploaded to a safe drive for security and access purposes.

Post-production is also an opportunity to implement visual and audio niceties that might seem relatively minor and unnoticeable yet play a meaningful role in maximizing audience engagement. As an example, voiceovers, music, special effects that enhance video quality, and other subtleties are added during the post-production process. If you would like to add text or titles, post-production also provides a golden opportunity to do just that, making the final product that much more uniquely your own.

Most businesses don’t have complex and costly video editing software in-house. As a result, it makes sense for companies to outsource the post-production process to video production and marketing specialists. The best in the business recognize the importance of high-quality post-production performed in a collaborative manner with significant input from the business owner, manager, or head of marketing.

Once the final content is ready for airing on CTV or another platform, it is distributed accordingly, setting the stage for the in-depth engagement of the target audience that helps to create a meaningful impression, develop a rapport and heighten conversions.