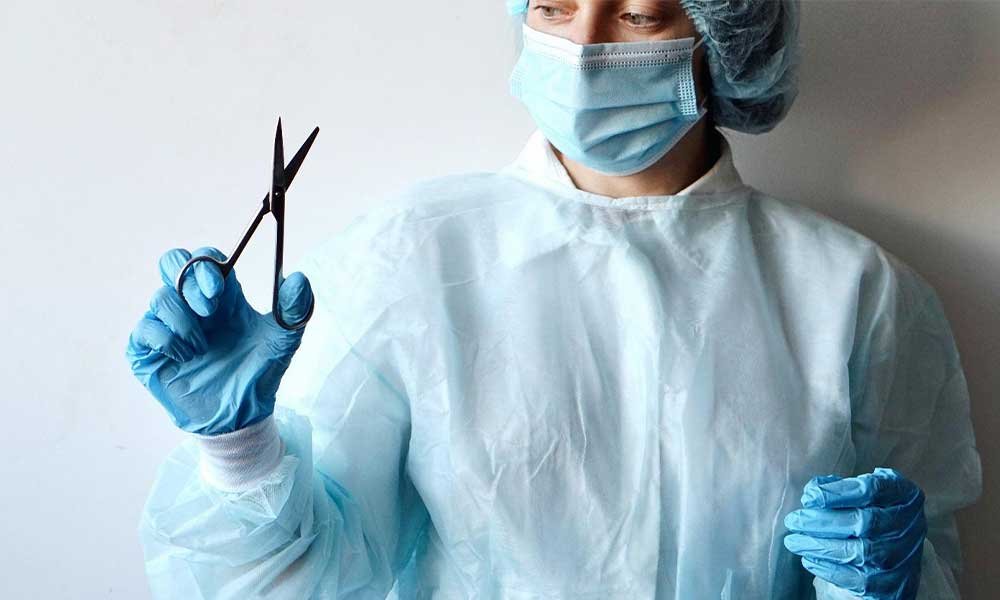 In surgical operating rooms, no one can disregard the importance of scissors. Based on the requirements of surgical or medical procedures, surgical scissors are of numerous types. In operating rooms, professionals use the scissors for cutting and dissecting purposes such as autopsy of tissues or organs. Scissors can be curved or straight and surgeons can use them as per their preference or the demand of the operations. So, quickly let’s discuss the top 7 imperative surgical scissors that one cannot set aside for easy or complicated surgeries.

It aids in applying or removing the bandages. At the bottom side, there are blunt working ends that assist in the dissecting process without hurting the patient’s skin or epidermis. Working ends of scissors can be curved and straight. In every healthcare facility, it is very common to use scissors because of their precision, safety, and easy dissecting.

The noteworthy uses of bandage scissors are:

Surgeons or nurses prefer to use bandage scissors over other scissors for cutting purposes because of firm grip and stress-free experience. One can use them for the long-term without any change in performance or precision.

In the ophthalmic operating room, the must-have equipment is an iris scissor. It has short blades. It is designed to treat soft eye tissues. In the early ages, iris scissors were only used for ophthalmic operations but are now commonly used in other treatments as well.  One of the notable uses is that it helps in cutting soft ophthalmic tissues and sutures. On fragile tissues, it also helps in excavating particles such as removing the microscopic particles (that can’t be seen through the naked eye) present on the cornea. Another usage is it helps in the treatment of necrotic tissues.

In design, these are very hard, sharp, and robust scissors which makes this surgical equipment perfect for the treatment of delicate tissues of the eyes. Finger holders of scissors are available in two forms: ribbon and ring shape and both of these shapes keep the fingers and arm fatigue-free.

To cut the sutures, connective tissues and fascia mayo scissors are used. Mayo scissors have semi-blunt working ends and are available in both curved and straight forms. Most of the types have round blunt working ends which make sure that the scissors do not penetrate deep into the wounded or injured part during the dissecting procedures. These are available in top-quality general stainless steel material. which makes them robust and long-lasting as well.

Straight scissors are used in the cutting of ligatures and sutures. They also helped to trim the skin around the wounds or injuries. Straight mayo scissors are also known as Suture scissors.  Curved scissors have curved blades which help in cutting hard tissues such as tendons, fascia, or ligaments.

Most of these scissors have handles in ring form which ensures a firm and easy grip. For better quality and experience these scissors are made up of stainless steel material with curved working ends.

There are numerous types of dressing scissors available for different purposes for instance sharp cutting of tissues around wounded or injured parts, dissection of prostheses, and sutures as well.   While dressing the wounds, scissors are used:

To remove debris or necrotic tissues from the injured parts, scissors are used. Dressing scissors can have blunt or sharp working ends.

We hope that you found the right pair of scissors for your hospitals and healthcare facilities. At GerMedUSA Inc. you can find all the advanced surgical instruments including surgical scissors such as Metzenbaum Dissecting Scissors, Iris scissors, nasal scissors, and many more.  If you want a different design instrument then no need to worry because we can manufacture a product as per your thoughts and designs.