History, Rules, and Strategies of Blackjack 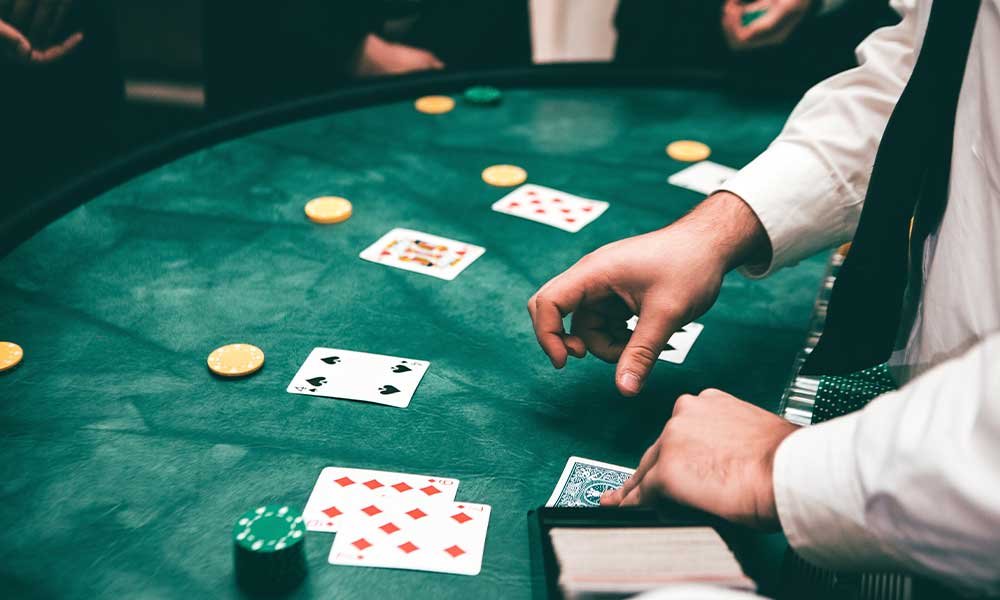 Blackjack is one of the most popular card games, and it’s still unclear when or where it originated. Although the origins of Blackjack are still under debate, most researchers agree that it originated in the casinos of France around 1700. The French called this game “Vingt-et-Un”, which translates to “twenty-one”. But how did Blackjack actually evolve throughout the years, and why is it one of the most popular card games today? Take a look at this article to find answers to these questions, but also learn more about the rules of this renowned game and read strategies that will help you excel at it.

The Origins of Blackjack

Although the first known document of Blackjack as we know it today dates back to France around the year 1700, it is believed that the Romans invented the game. This theory only stands because Romans loved to gamble, and they were the inventors of several different dice and card games. As far as Blackjack is concerned, it’s believed that they played this game with wooden blocks with other numbers painted on them, rather than paper cards. Thanks to the French colonists, the card game entered America somewhere in the 18th century. The game could have been seen in New Orleans during the first half of the XIX century at the legalized gambling halls.

Interestingly, the rules were somewhat different from the ones we know today – for example; the dealer was allowed to double. In the XXI century, the game was called 21 in Nevada, and it was during this time the card game changed its game to Blackjack. The casinos and gambling halls needed a way to promote the game, so they offered bonus payouts, including one that paid extra if a jack of spades or clubs (blackjack) was dealt with an ace of spades.

The Rules of Blackjack

The game aims to finish the game with a higher total than that of the dealer, but without exceeding 21. This is an important fact to bear in mind if you want tips for Blackjack. Going over the score of 21 is called “busting”, and it means instant loss.

The game is usually played at a table of 2 to 7 players and uses one to eight 52-card decks. All cards from 2-10 score the value indicated on them. The face cards (Jacks, Queens and Kings) score 10 points, and Ace can score either 1 or 11. At the beginning of each round, all players place their bets in their betting boxes. After the bets have been placed, all the players are dealt two cards face-up in front of their betting boxes. The dealer also receives two cards — one face-up and another face-down. To start with a fresh deck, the dealer shuffles the cards, and play begins. Each player is allowed to draw more cards. They can either call out ‘hit’ or ‘stand’. If they decide to call out ‘hit’, they are given another card and can call out ‘hit’ again or stand if they have had enough. The players can put their hands down as soon as they decide to stay. If the player busts, they immediately lose their bet.

When the dealer has played and either won or lost, it’s time for you to play. The dealer will have to decide whether to stand (keep their hand) or hit (increase their bet). If the dealer’s hand goes over 21, all players who didn’t bust win immediately. Their bets are returned along with a matching amount from the dealer’s bank. If the dealer shows a hand that is better than yours, the dealer wins. If you have a better hand than the dealer, you win your bet. If you tie with the dealer, you get your original bet back. Otherwise, you lose your bet.

The perfect hand is a combination of an ace with a 10, Jack, Queen, or King, known as a “Blackjack”.

To win in Blackjack, playing each hand in the most optimum way is required. This strategy always takes into account what the dealer’s upcard is. If it’s a good one (a 7, 8, 9, 10, or an ace), the player shouldn’t stop drawing until a total of 17+ cards is reached. If, on the other hand, the dealer’s upcard is a poor one, they should stop drawing as soon as they get a total of 12 or higher. If there is a chance to go bust, never take a card from the deck. You want here that the player with the poor holding hopefully goes over 21.

Blackjack is such a popular card game that it’s effortless to find alternatives to the game. In 2006, for example, a new and better playing experience arrived thanks to built studios that were used just for the live games. Also, there is another great variant of the game, called Blackjack Party, which is the classic version of the game, but with two dealers. Blackjack is a fun game, and it’s not unusual that it has been around for quite some time. Practice takes time, and it’s not difficult to learn the rules and strategies of the game – simply dive into it, and you will quickly get the gist.