Home » General » The Importance of “Don’t Tread on Me” Flag

The Importance of “Don’t Tread on Me” Flag 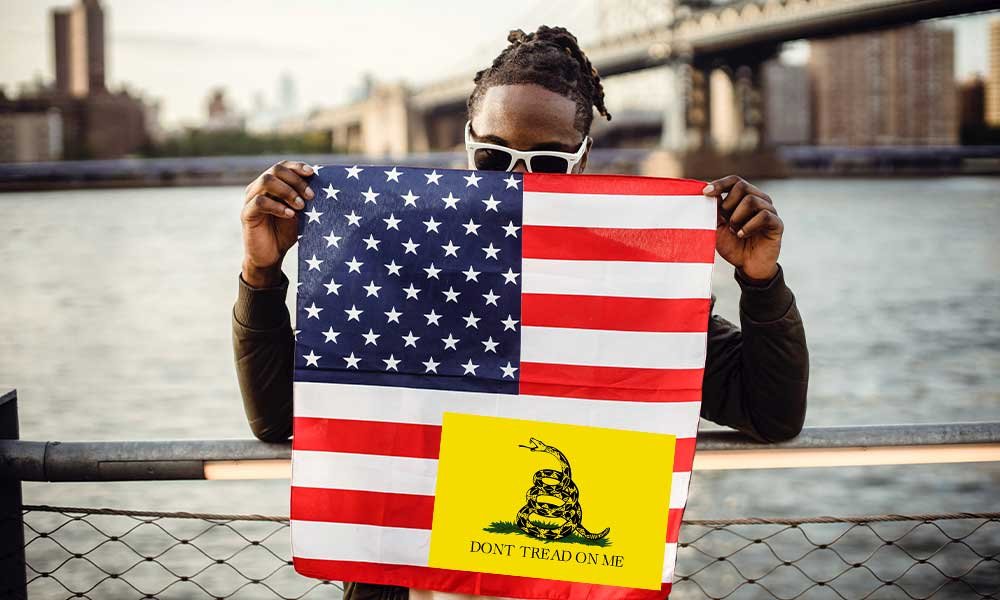 The Gadsden flag also called the “don’t tread on me flag,” is one of the most sought-after flags. The flag was flown by the protestors at the U.S. Capitol during the rallies on January 6th, 2021, urging the president to stay in power.

If you are planning to buy this historical flag, you can find them easily on online stores like Ultimate flags because they have the best don’t tread on me flag for sale that is exclusively made in the U.S.A.

You show strength, confidence, and independence by flying high when you buy a Gadsden flag. The best don’t tread on me flag is always made up of excellent material that you can proudly show off in any of the rallies that you are participating in.

History of the Gadsden flag and the Rattlesnake

In 1751, Benjamin Franklin drew a cartoon. He wrote a scathing editorial in the Pennsylvania Gazette, suggesting that if the United Kingdom continued to transfer condemned criminals to America, the Americans must transport rattlesnakes to the English as a token of gratitude.

Benjamin Franklin resurrected his cherished emblem of the American spirit during the French and Indian War. The rattlesnake was sliced into eight pieces to symbolize each of the colonies. The picture was depicted with “Join, or Die,” appearing as the first satirical piece in an American newspaper.

Franklin’s image became so well-known that the American Revolution began to pick up rapidly in 1774. Since then, he has become an immortal figure in American history.

In 1775, the First Navy Jack Flag General George Washington formed the Continental Navy to interdict English container ships carrying supplies. The Second Continental Congress allowed five Marines to assist the Navy on their maiden deployment. Those first Marines who enlisted in Philadelphia were observed pounding yellow drums with a coiled rattlesnake and the phrase – “Don’t Tread on Me.”

Before the first Naval voyage, Continental Colonel Christopher Gadsden handed the recently appointed Navy Commander-in-Chief Commodore Esek Hopkins a yellow flag depicting a rattlesnake to flutter on his ship’s mainmast. Since then, other government entities and political parties have embraced this potent emblem.

In 1977, The United States Navy established a tradition of displaying the First Navy Jack, a flag with a rattlesnake, 13 red and white stripes, and the motto “Don’t Tread on Me,” from the ship.

Thus, this flag has such great significance. Over the years, there have been many kinds of don’t tread on me flag for sale online like:

Nowadays, the don’t tread on me flags are available in different versions and types on online stores. These flags are known as the “Gadsden Flag” after the creator, Colonel Christopher Gadsden of South Carolina, who offered it to Esek Hopkins, the Commodore of the fledgling United States Navy. As a result, the flag is also known as the “Hopkins Flag” sometimes.

Online sellers always have this flag in stock and would be happy to send you one or more now. When purchasing the don’t tread on me flag for sale online, always buy it in the printed all-weather nylon or double nylon stitched material because it has an enhanced quality option for prolonged outdoor usage.